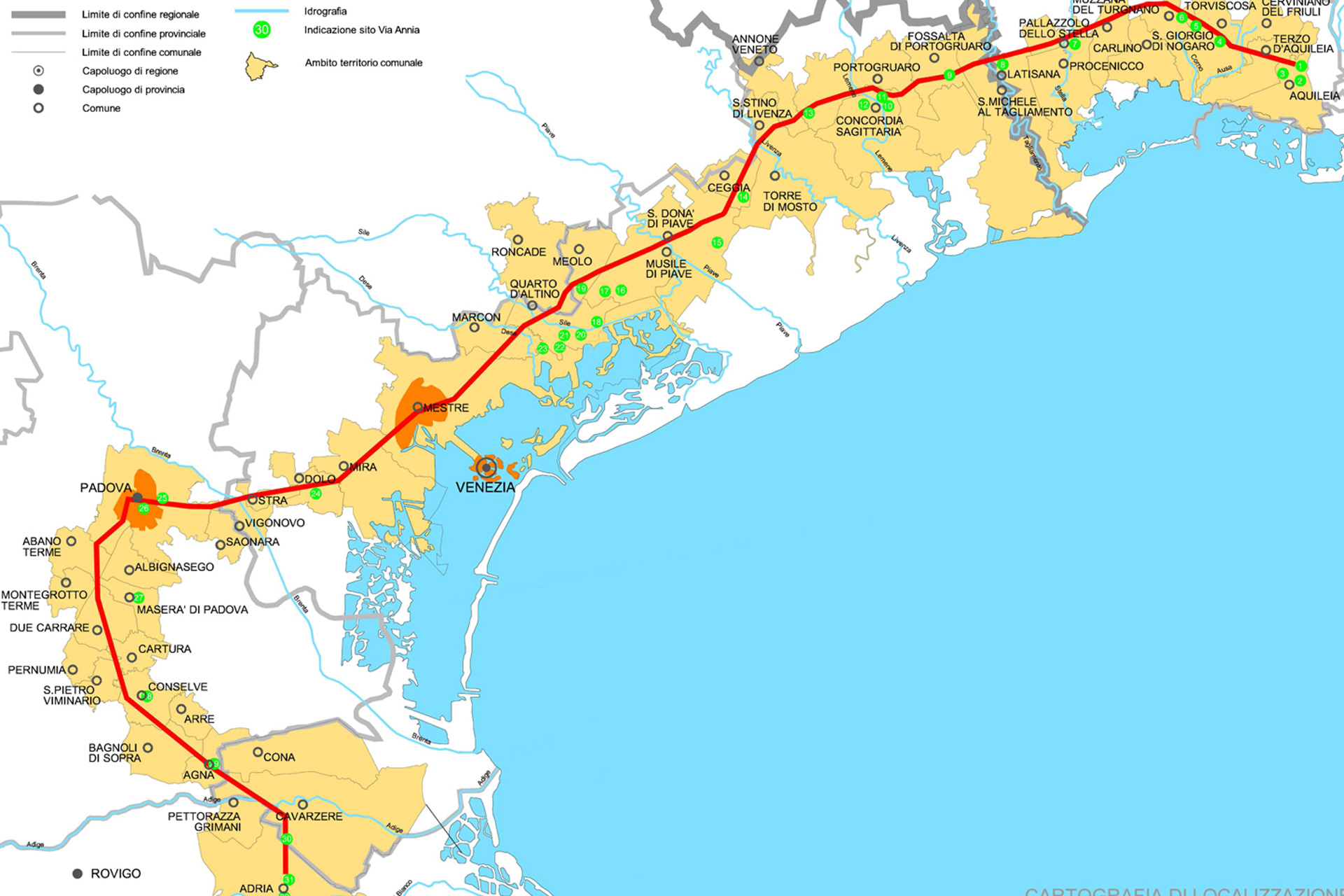 An extraordinary feature of Roman culture was their ability to expand into new territories, transforming them with engineering works, and to build roads even in the most inaccessible places. In the second century B.C. the expansion of Rome in Northern Italy began, and it was then that, by the will of a magistrate belonging to the gens Annia, the route called Via Annia was laid, serving as a link between a southern terminus, that is still uncertainly identified, and Aquileia, passing through Padua, Altino and Concordia. The route of the Annia road in the Padua-Adria section has not been reconstructed clearly: the archaeological data have not, in fact, returned any decisive elements regarding its course trend and the numerous lines identified by remote sensing campaigns can not be ascertained with certainty to the Via Annia.   All the most accredited hypotheses have established, however, a passage of the ancient route in both the towns of Conselve and Agna. According to a respected school of thought, the place name Agna derives from the ancient Via Annia, confirming its passage in this point. Moreover, the area was, in ancient times, very strategic due to its proximity to the river Adige and the road network that connected Verona’s hinterland with the Adriatic coast.   The discovery of different materials shows how the area was intensely populated. It is very likely that it was possible to cross the course of the Adige by ferry in Agna, and we can not exclude that there could also be a place where travelers could stop and rest. Conselve, the ancient Caputsilvis, is therefore also a probable point of passage of the road artery: the archaeological findings suggest a capillary Romanized territory and the Medieval documentation also confirms the passage of a “via levada que dicitur Agna”.   Towns: Agna, Conselve Info:http://viaannia.veneto.eu/

Towns of the itinerary 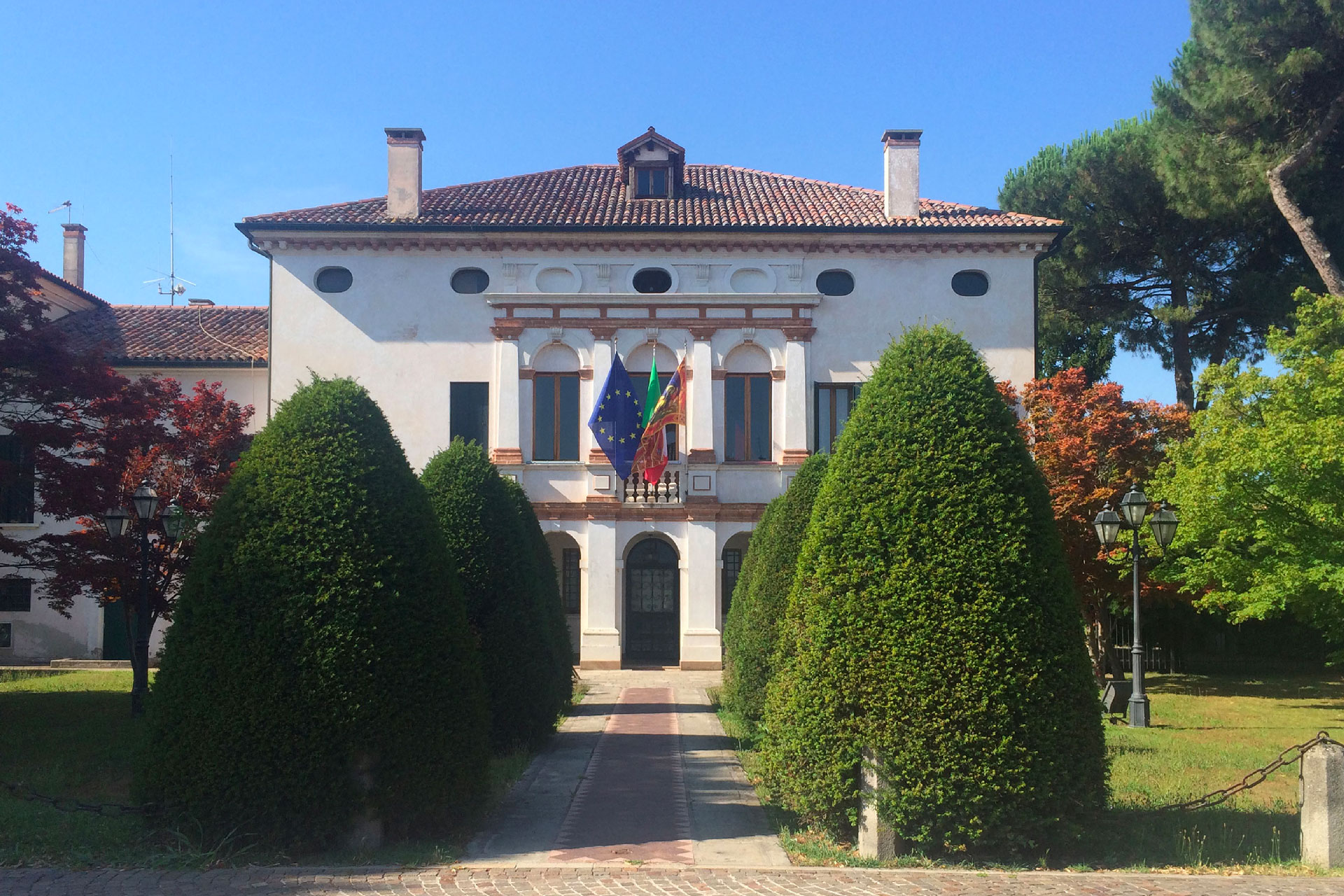 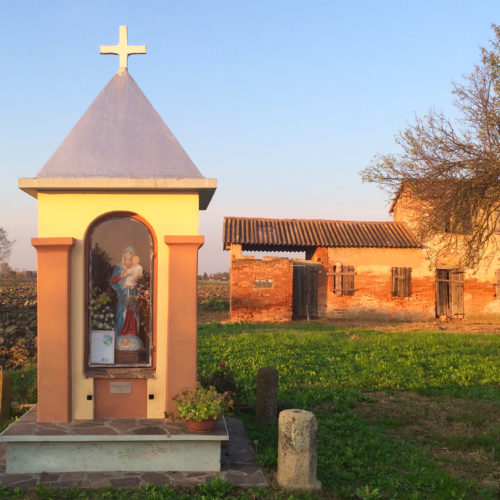