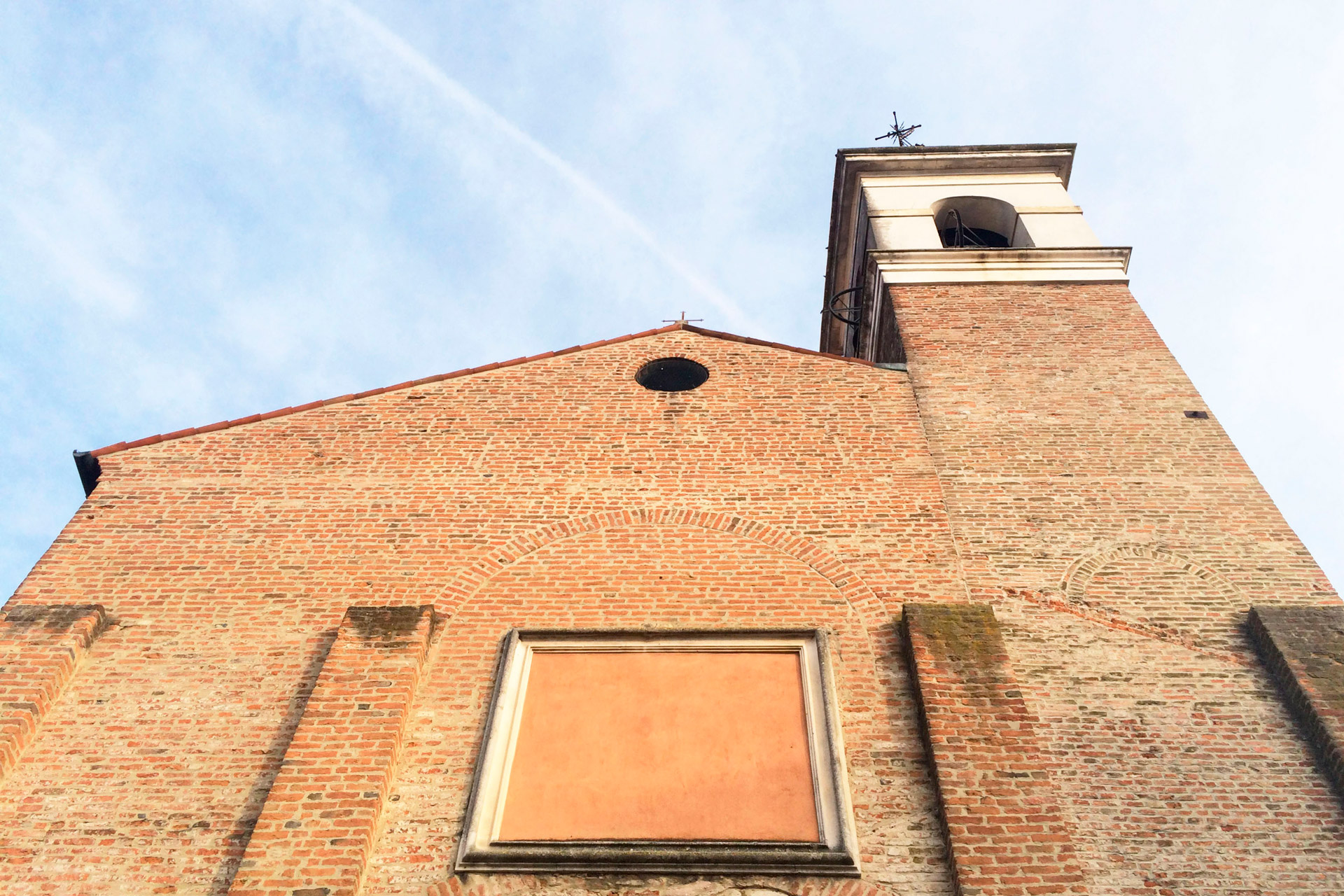 The 18th-century parish church of Santa Maria Assunta in Cartura has been extended and refurbished several times over the centuries, and is home to some important frescoes and paintings.   These include a 17th-century altarpiece coming from the old Oratorio di San Giovanni: it is attributed to Giovanni Battista Pellizzari and depicts Saint John the Baptist between Saint Carlo Borromeo and Saint Francis; and some more recent altarpieces by Giambattista Cromer, one dating back to 1702, which depicts Saint Antony worshipping Baby Jesus and the Virgin, and another, the so-called “Madonna of the Belt”, painted in 1731.   The church is also home to a fresco by Giandomenico Tiepolo, which occupies most of the ceiling: it was painted in 1793 and depicts “The Assumption”. This was the last artwork that completed the great extension and refurbishment commissioned by Father Paolo Trentini, which had started in 1770.   The two marble putti dating back to 1703 have been attributed to Bonazza.   Address: via Roma 38, Cartura (PD) Open to the public Info: http://www.vicariatodiconselve.it/parrocchie/cartura.php