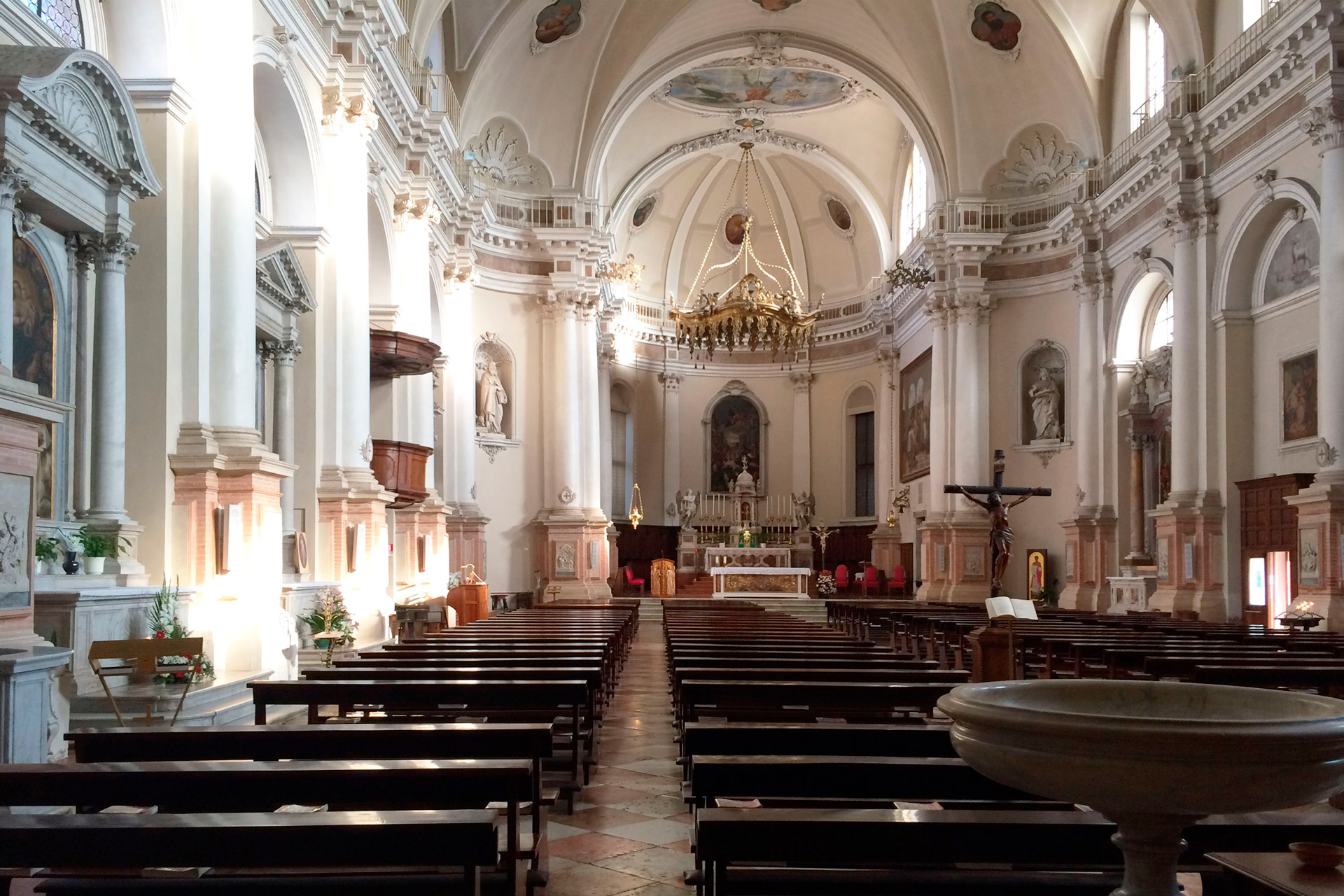 The works for the current Cathedral of San Lorenzo, which lies on the remains of an old church dating back to the 10th century, started in 1720 and ended in 1748, when it was consecrated by Cardinal Carlo Rezzonico, who then became Pope Clement XIII. Among this cathedral’s numerous artworks, the most interesting is the early-17th-century altarpiece depicting the Martyrdom of Saint Lawrence, which has been attributed to Tintoretto‘s school after some recent restoration works. There are also some refined marble altars in a Renaissance style and Roman columns, and an artistic Way of the Cross made of terracotta and set on the lesenes’ pedestal. There are still some traces of the old cathedral (two columns surmounted by putti) on the eastern side outside the parish church.   Address: piazza XX settembre, Conselve (PD) Open to the public Info: Parrocchia di Conselve http://www.parrocchiaconselve.org